Posted on October 5, 2011 by louisiana2dominica 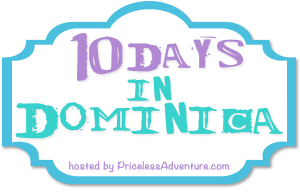 Day 5 of blogger challenge: What don’t you miss about home ?

1. Traffic – I don’t miss sitting in city traffic one bit.

2. Obsessive use of texting, computers and cell phones in public. Apparently I’ve been out of the US for too long. The last time I went home I became acutely aware that people would rather be interacting with the hand held device in front of them instead of the human beings sitting next to them. It was a bit alarming. In restaurants I kept seeing people fiddling with their cell phones and texting instead of talking to the person(s) at the table. It seemed every public venue I went to was full of people crouched over their devices, oblivious to what was going on around them. I like engaging people in conversation if I’ve gone out to dinner with them. Our instant gratification technology is breeding what appears to be rude and self-centered behavior. You know I personally don’t want to be reachable 24 hours a day and thankfully I no longer  have a job that requires that. I like that in Dominica I don’t have an address. I don’t have a land line phone. My cell phone doesn’t take pictures or have internet service. I like flying below the radar in Dominica.

3. Political correctness gone wild. Nope, this is not an issue in Dominica and I couldn’t be happier.

4. Hurried, workaholic, stressed out people. One great life attitude that you can pick up in the Caribbean is to slow down. (Note: this includes every area of Caribbean life except driving. Driving here is all but slow.) It’s the way of the islands, mon. “Relax!”, “No problem!” Dominicans are living well over 100.  Perhaps there is something for us to learn from Dominica. I find Dominicans are good at living one day at a time, not living beyond their means, appreciate of what they have and not stressed out all the time. I find these qualities admirable.

Native New Orleanian lived on the island of Dominica for 8 years
View all posts by louisiana2dominica →
This entry was posted in Daily Life in Dominica. Bookmark the permalink.